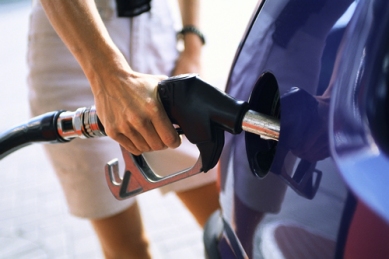 A number of high-profile court victories have been appearing on the news over the past week or so, but one that I find particularly uplifting is the decision to uphold the next CAFE mandate. Corporate Average Fuel Economy (CAFE) standards were first enacted by Congress in 1975, and their purpose is to reduce fuel consumption by increasing the fuel efficiency of cars. At its inception, the CAFE program helped to dramatically boost fuel economy from approximately 17mpg to the mid-twenty range. However, from 1988 to 2004, fuel economy was stagnant, seeing little to no improvement in the technology utilized by car manufacturers. Without skyrocketing gas prices and a rising public concern about atmospheric carbon levels, there was little motivation to keep making improvements. But, recent years have seen a jumpstart in fuel economy improvements once again, and the latest decision by the U.S. Court of Appeals in D.C. has confirmed that car manufacturers must meet the newest standard – a minimum of 34.1mpg fuel economy – by 2016. Obama then plans to bump the minimum requirement to 54.5mpg by 2025. Hooray!

In my view, a clear benefit of the CAFE standards is that they don’t determine how car manufacturers need to go about increasing efficiency – they simply dictate a level of efficiency that must be achieved. This type of mandate gives car manufacturers a great deal of flexibility, whether it be to make a car more lightweight and aerodynamic, utilize hybrid technology, make a more efficient engine, or turn to alternative fuel sources. As you can see in this graphic charting fuel economy vs. car size, the technology to achieve higher fuel efficiency is already available. The Prius achieves a combined average of 50mpg, so it is certainly possible to meet the 2016 standard with today’s technology. But, car manufacturers may utilize whatever methods or technologies prove easiest for them, which I’m hoping will make the transition less painful for them.

I must admit that I am very glad the latest CAFE standards were upheld. While it is only natural for companies like the National Association of Manufacturers to resist what will undoubtedly be a costly change, standards like these are the only method we currently have to ensure that fuel efficiency improves (and carbon emissions presumably decrease) at an appropriate pace. Consumers can vote with their wallets, and Toyota has very clearly listened to public desire to reduce both fuel expenses and carbon footprints. Consumer demand for more efficient cars has catalyzed technology improvements, and the markets for both hybrid and electric vehicles are expected to grow in coming years. But, much of the auto industry is lagging behind, which is why the CAFE standards are so important. These standards give automakers the push they need to make cars more fuel-efficient, and I believe that is one necessary step towards reducing our carbon footprint.

One response to “Pump It Down”